Learn more about us

We have over 45 years of history. More than 250 world participations and over 3500 performances in Bulgaria.

We have won nine world titles from the largest dance competitions in the world and more than 1,500 national awards and prizes.

Three-time gold medalists at Republican festivals. We hold the highest awards from the Union of Bulgarian Musicians and Dancers, as well as The badge of honor of the Vice President of the Republic of Bulgaria.

We are Folklore Dance Ensemble “Sofia-6”.

Do you have questions?​ Email us.

get to know the dance

How our dancers describe the experience

The ensemble evokes in me feelings of pride, responsibility, happiness and satisfaction. When I introduced myself to complete strangers on the other side of the world and showed photos of the ensemble in which I dance and people remembered me for that, I felt how important national and personal identity, gratitude and self-confidence, which came from "Sofia-6 " 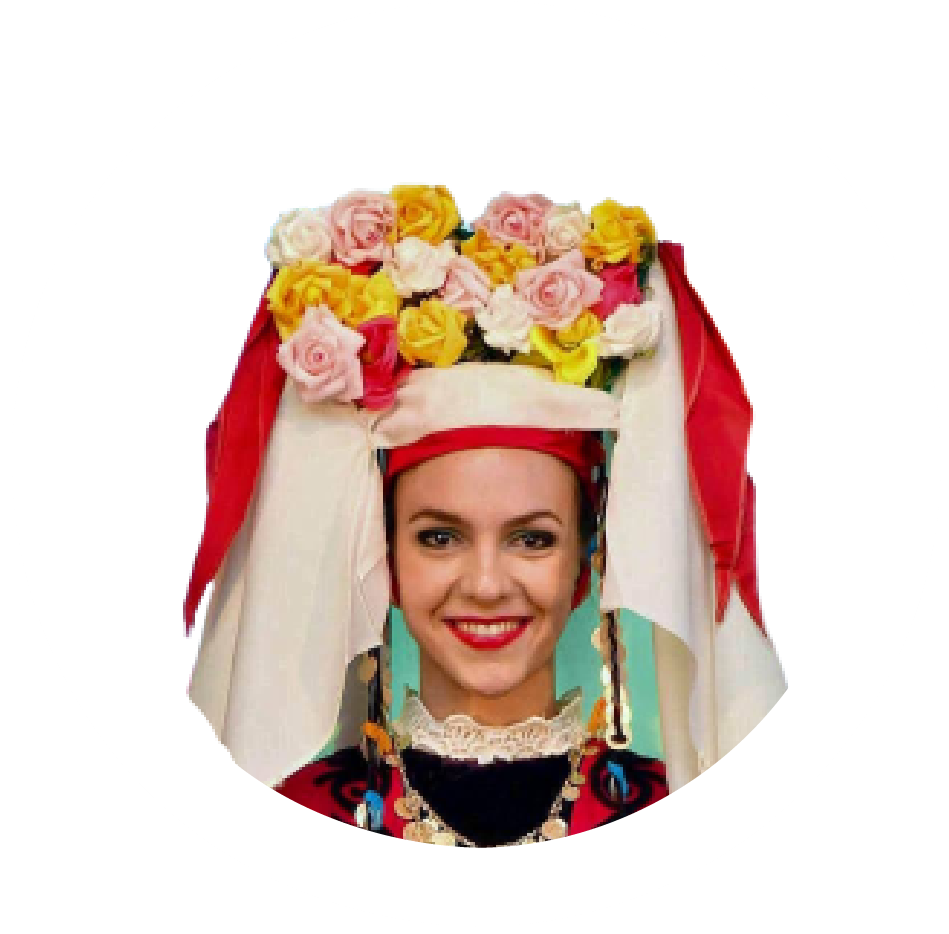 I'm glad to be part of the ensemble. I feel comfortable working with clear goals, professionalism, dedication. Undoubtedly, the ensemble is a place to grow not only in the technical dance aspect, but also in the personal and emotional. I advise young people to make the most of this. 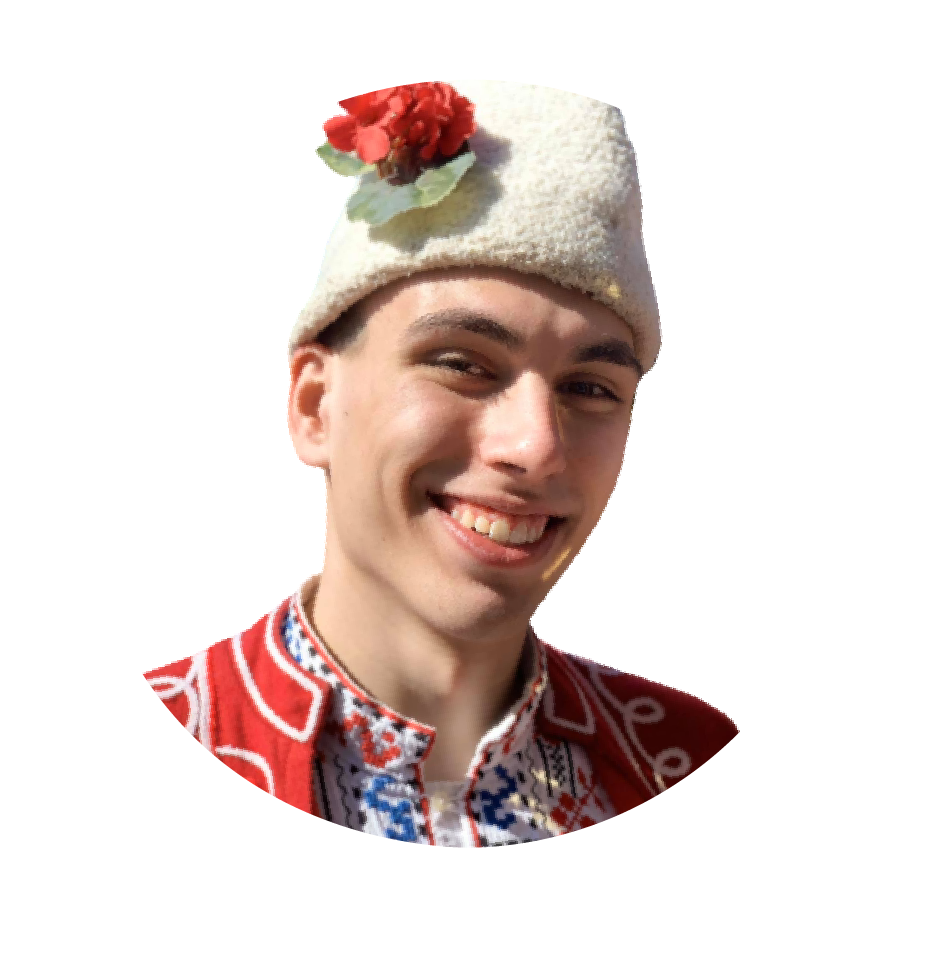 There are still no strong, beautiful and influential adjectives and nouns to describe "Sofia-6" for me, but I will try the existing ones. Joy, excitement, great pleasure, pride, family, entertainment, heart, passion. 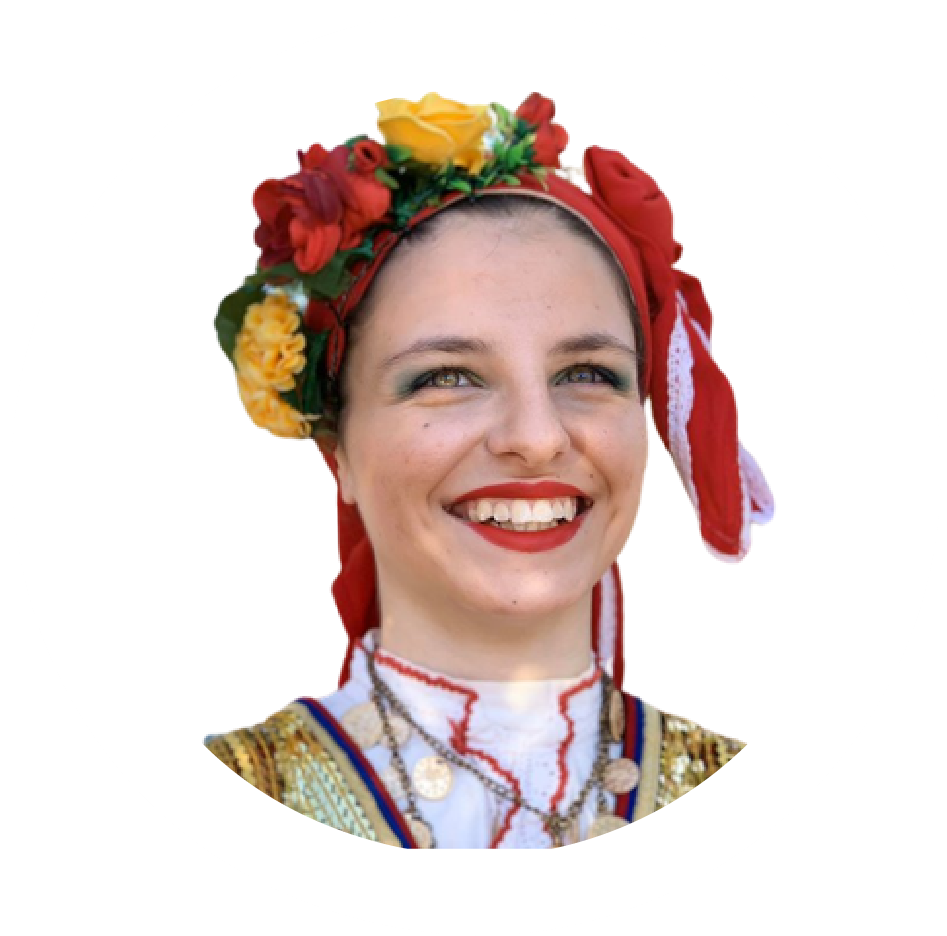 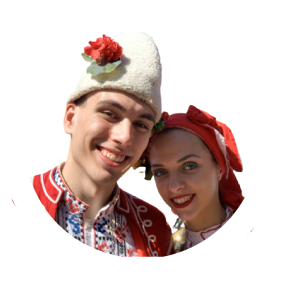 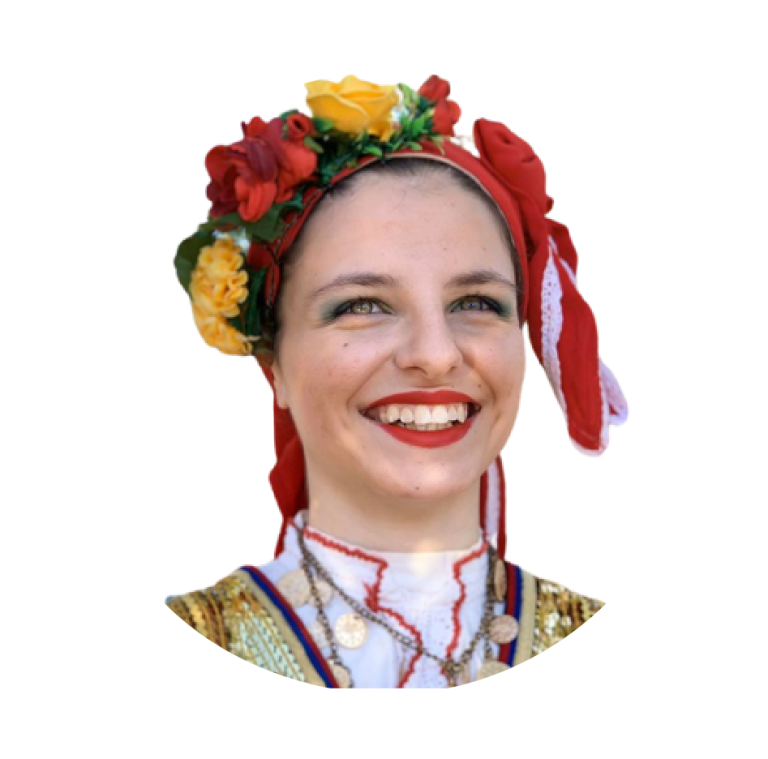 Created on March 1, 1976. Folklore dance ensemble “Sofia – 6” is one of the great achievements of the National Chitalishte “Vitosha-1951”, Sofia. Since 1999 Nikolay Nestorov is the main artistic director and choreographer. The ensemble is a source of pride for its creator – Nestor Nestorov, its leader, the dancers and all of us – the Bulgarians. He presented the beauty, emotion and colorful coloring of Bulgarian dances, music and costumes not in one country, not on one continent.

Participates in a number of Bulgarian and international festivals in Europe, Asia, Africa and America, and at the same time since 1996. Since then he has hosted and organized the Vitosha International Folklore Festival. The ensemble is often a welcome guest at major world-class forums such as the International Food Exhibition in Osaka, Japan, 2013. and the 2016 World Exhibition of Traditional Crafts and Cultural Products in Guiyang, Guizhou Province, China.

He has won nine world titles from the largest dance competitions in the world:

Of particular importance for the life of the ensemble, however, are the merits of the native land. Here, among many awards for costume, music, overall performance, audience awards, there is no deserved first place – the Grand Dance Award of Sofia, 2008 and 2009. First place in the competition “Youth Works”, 2009, first place in the National folklore competition “Oro se vie, tsarvuli se kinat”, 2012, as well as the first in the history of the two forms of awards Grand Prix in the VI National Folklore Competition “Oro se vie, tsarvuli se kinat”, 2016 and in Golden Dust 2016 IFF. The awards of the Sofia-6 Ensemble continue with the Grand Prix of the Maleshevo Sing and Dance IFF in 2018. and the Grand Prix of the Eurograde Festival in 2019. 2019 brings first prizes, including First place at the festival in Parvomay “Oro si vie, tsarvuli se kinat”, Grand Prix from the festival in Panagyurishte, First place at the Plovdiv festival “Na horoto pod tepeto”. And last but not least, the Golden Rose Grand Prize from the festival of the same name.

Already a Jhana Customer? Your information will nerver be shared with any third party.